skip to main | skip to sidebar

So having spent about 8 hours reading Government reports today, I'm looking at a day full of writing tomorrow, probably locked in a windowless room to improve my productivity. So... what do you have for me, weather-wise? 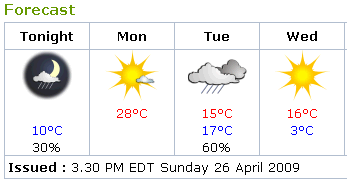 As the weather has warmed, I've been biking almost exclusively again. More than ever, I'm convinced that the mass adoption of the automobile represents one of the biggest, if not the biggest public policy failure of the 20th century. I mean, I suppose the Great Leap Forward still killed more people than the car has directly, but by the time we undo the damage of the automobile I'm not sure that will still be the case.

I'm assuming nobody's going to be making the argument that the rise of the automobile represents the triumph of rational actors in the free market, unfettered by government subsidy or sanction, right? We've played that out for a while at least?
Posted by john at 11:52 PM

"I'm convinced that the mass adoption of the automobile represents one of the biggest, if not the biggest public policy failure of the 20th century"

Let's call it #2, behind mass adoption of public television...

As another daily rider, I have to say that nothing illuminates the evils of a car-obsessed society like riding next to them on a bike. In fact, I think of little else (other than the remarkable scenery) on many of my rides.

What makes mass adoption of the automobile a public policy? Eisenhower's interstates, obviously, but the government pushed the transcontinental railroad and that doesn't mean trains were adopted as "public policy."

About Me
Email Me

"...forgive me jesting again, but the NDP is kind of proof that the Devil lives and interferes in the affairs of men." - Stephen Harper, 1997